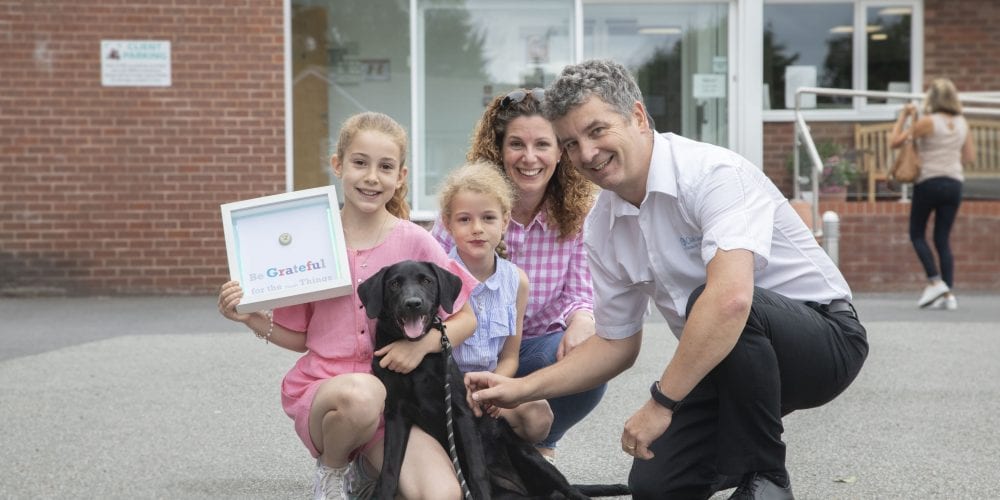 A PUPPY who scoffed a bottle top with a picture of a dog on it had a lucky escape after a vet managed to remove it without operating.

Ian Hopkins, who works at Oakwood Veterinary Referrals in Hartford used an endoscope fitted with a basket snare to remove the metal lid from the stomach of 15-week-old black Labrador, Liffey.

The curious canine picked it up during her morning walk, but she swallowed it before her owners Marc and Kate Catherall could act.

She was rushed to the vets where she was X-rayed before being sedated so the delicate procedure could be carried out.

Willows Veterinary Group offers a wealth of knowledge and expertise through a network of 25 small animal practices, a referral veterinary hospital, two equine centres and a seven-office farm practice, located across Cheshire and into Greater Manchester, North Wales, the Wirral and Staffordshire.

Ian’s expertise meant he managed to pull the bottle top back out through Liffey’s mouth and was surprised to find it had an image of a dog on it.

He said: “With Liffey being only 15 weeks old at the time, we were worried that if the bottle top travelled out of her stomach to her intestines, the sharp edges could cause damage to her gut which would have meant emergency surgery to save her life.

“I used an endoscope fitted with a camera and grasping snare to pull it back out of her stomach through her mouth.

“It meant we didn’t need to cut her open and she was sent home the same day.

“It’s always best to avoid surgery where possible in these situations because it reduces the risk of surgical complications and the length of stay for the pet in a hospital environment. 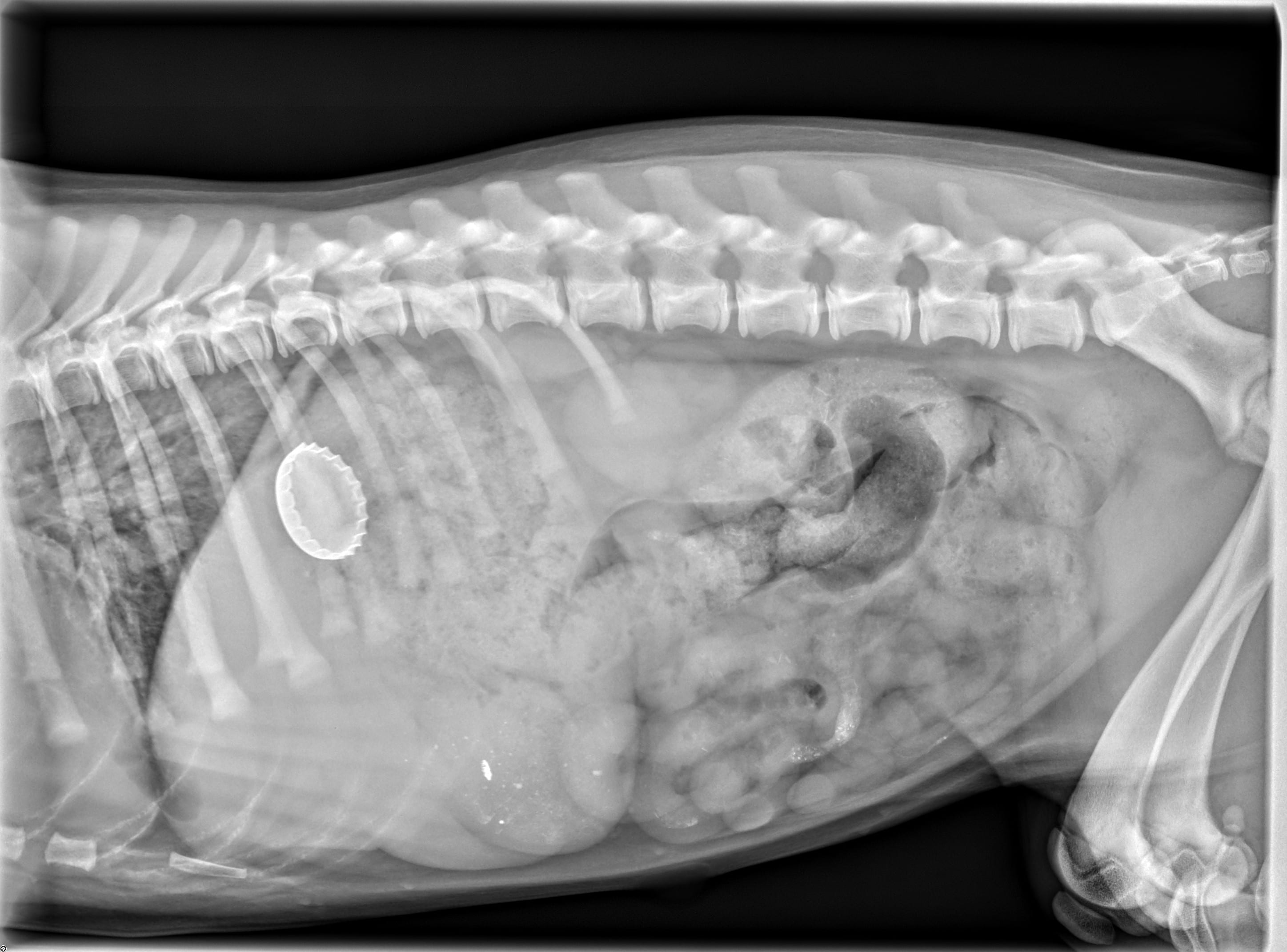 He added: “In Liffey’s case, luckily her owners had acted quickly so after X-rays, we anaesthetised her while we put the camera down her throat.

“I managed to grab the bottle top pretty quickly, there was no cutting involved, she may have had a little bit of a sore throat but nothing more.

“When I pulled the bottle top out, I saw it had a picture of a dog on it, which made me smile.

“I wasn’t expecting that.”

Liffey, who is named after the Dublin river where Marc and Kate got engaged, is the family’s first pet.

Kate from Coddington near Chester, who is mum to Ella, 10, and Lottie, eight, said: “Liffey is a typical puppy who is at the stage where everything goes in her mouth, she thinks everything is food, she’s pretty greedy.

“My husband, Marc was out walking her when he thought she’d picked up the bottle top.

“When he got home, we heard it rattling against her teeth but as we tried to get it off her, she swallowed it.

“We deliberated at first as to whether it would work its way through her system but in the end, decided to be on the safe side and call the vets.

“They did some X-rays and could see the bottle top straight away so they told us they’d have to refer her to a vet with endoscopy experience to carry out a procedure.

“It was the worst and longest afternoon ever, I was in bits and very worried.

“But Ian was brilliant, he did a fabulous job and we were able to bring Liffey home that same day.”

Kate added: “As soon as Liffey came around, she was fine, you’d never know anything had happened to her.

“It was funny that the bottle top had a picture of a dog on it.

“We’ve got it hanging on the kitchen wall in a frame now.”

Ian said he has carried out the endoscope procedure many times during his career and has acquired quite a collection of items that have been swallowed by animals.

He said: “To be able to get items out through the mouth depends on the size of the foreign object.

“Some things are too big or sharp to grab and some things you can’t grab hold of securely enough – it’s like those claw machines you see at fairgrounds to win toys.

“Socks and fabric items are relatively easy to get hold of with the snare and some things will pass easily through the animal’s system.

“But if we know an animal has eaten a foreign object, once it’s left the stomach we can’t reach it with a camera.

“And if it’s not going to pass through the system without causing damage we would need to operate because items can get stuck in the bowel and perforate it, which can be fatal.

He added: “If an animal is seen to eat an object, they should be taken to a vet straight away to have a good chance of retrieving it.

“If people suspect their pet has eaten a foreign object, signs to look out for are animals being sick because the item can create a blockage and prevent food passing through.

“I once had a case where a dog had eaten plastic from a football that had been inside its system for five months.

“Corn on the cob is another common one, especially in barbecue season as well as peach stones and underwear when dogs have raided laundry baskets.

“I’ve developed quite a collection of objects over the years.”