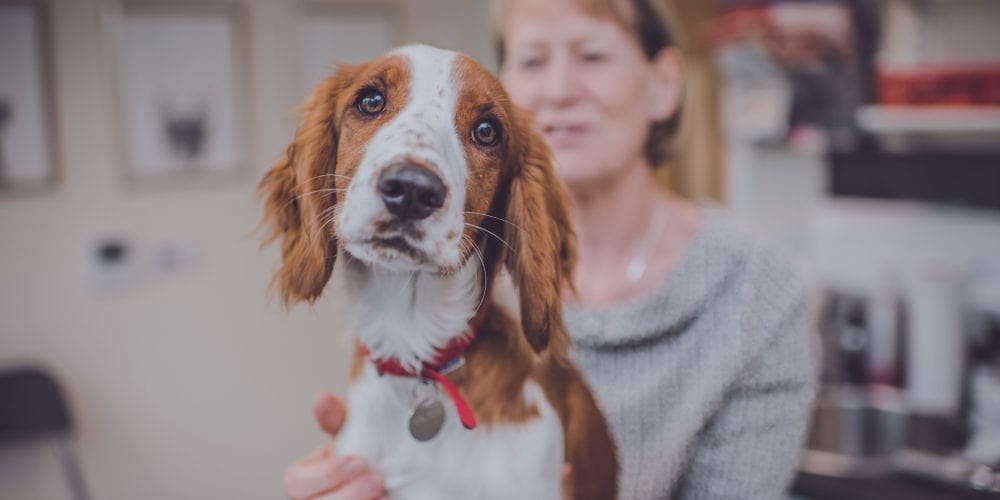 A laundry-loving pup who swallowed a size 11 men’s sock had a lucky escape after a vet managed to remove it – by pulling it out the other end.

Ruby, the five-month-old Welsh Springer Spaniel was violently sick after eating the garment, unbeknownst to her owner, Kate Malyon.

She was taken to Firs Veterinary Surgery in Kelsall and kept in for observations.

It was there the curious canine’s antics were finally revealed after vet, Fiona Wall managed to remove a men’s size 11 grey sock from the other end.

Kate said: “We have an extra room downstairs which is joined onto our garage and is used as a laundry/computer room.

“The door must have been left ajar and Ruby must’ve decided to have a little explore and swallowed one of the socks.

“It wasn’t until the day after that I took her to the vets for a routine puppy appointment and happened to mention that Ruby had been sick in the car, which was unusual.

“One of the veterinary nurses asked if Ruby could’ve eaten something that didn’t agree with her because she has done so in the past, and I didn’t think she had.

“I was told to keep an eye on her and when I took her home, she was sick five more times overnight.”

Kate, who lives in Tarporley, took Ruby back to the vets where Fiona established that she was dehydrated and needed to be put onto a drip.

The mum-of-three added: “Ruby was in a bad way, she wasn’t eating, was really lethargic and could barely stand up.

“It was pretty horrendous not knowing what she could’ve eaten or what was wrong.”

But thanks to Fiona and her team, it wasn’t long before they got to the bottom of the problem.

The vet of 20 years works for the Kelsall practice which is run by Willows Veterinary Group.

Willows Veterinary Group offers a wealth of knowledge and expertise through a network of 25 small animal practices, a referral veterinary hospital, two equine centres and a seven-office farm practice, located across Cheshire and into Greater Manchester, North Wales, the Wirral and Staffordshire. 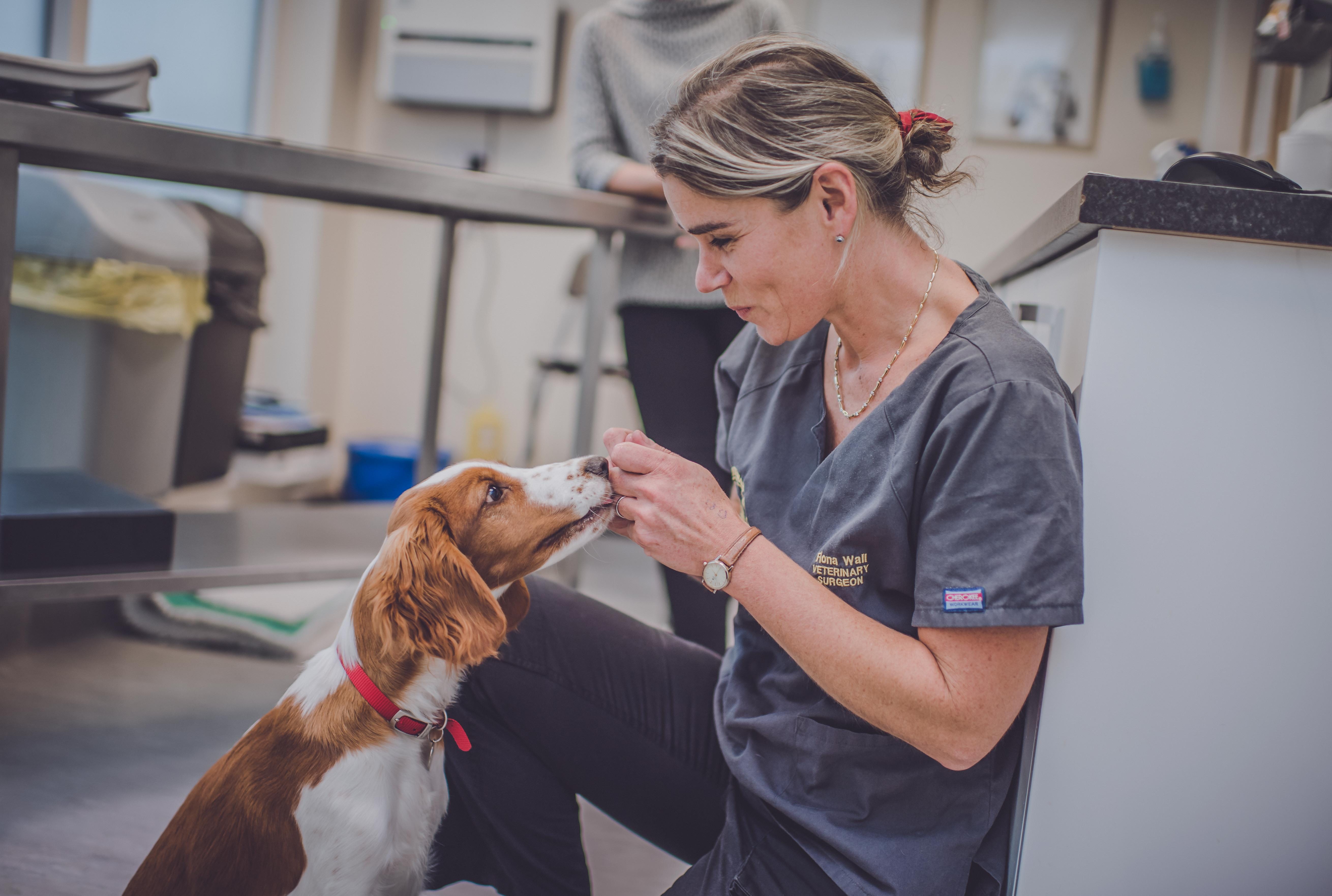 Fiona said: “Ruby has a history of eating foreign objects so when Kate brought her in for her routine puppy appointment with one of our veterinary nurses, Danielle, and mentioned she’d been sick, Danielle very sensibly told Kate to keep a close eye on her.

“Kate then brought her back in the next day saying she hadn’t eaten and had been sick a lot overnight.

“I examined her tummy and could feel a long cylindrical mass in her small intestine and was concerned that it was a sock.

“I decided to try to see if we could get it to pass through her system without having to operate.”

Ruby was put on a drip and given regular small meals. 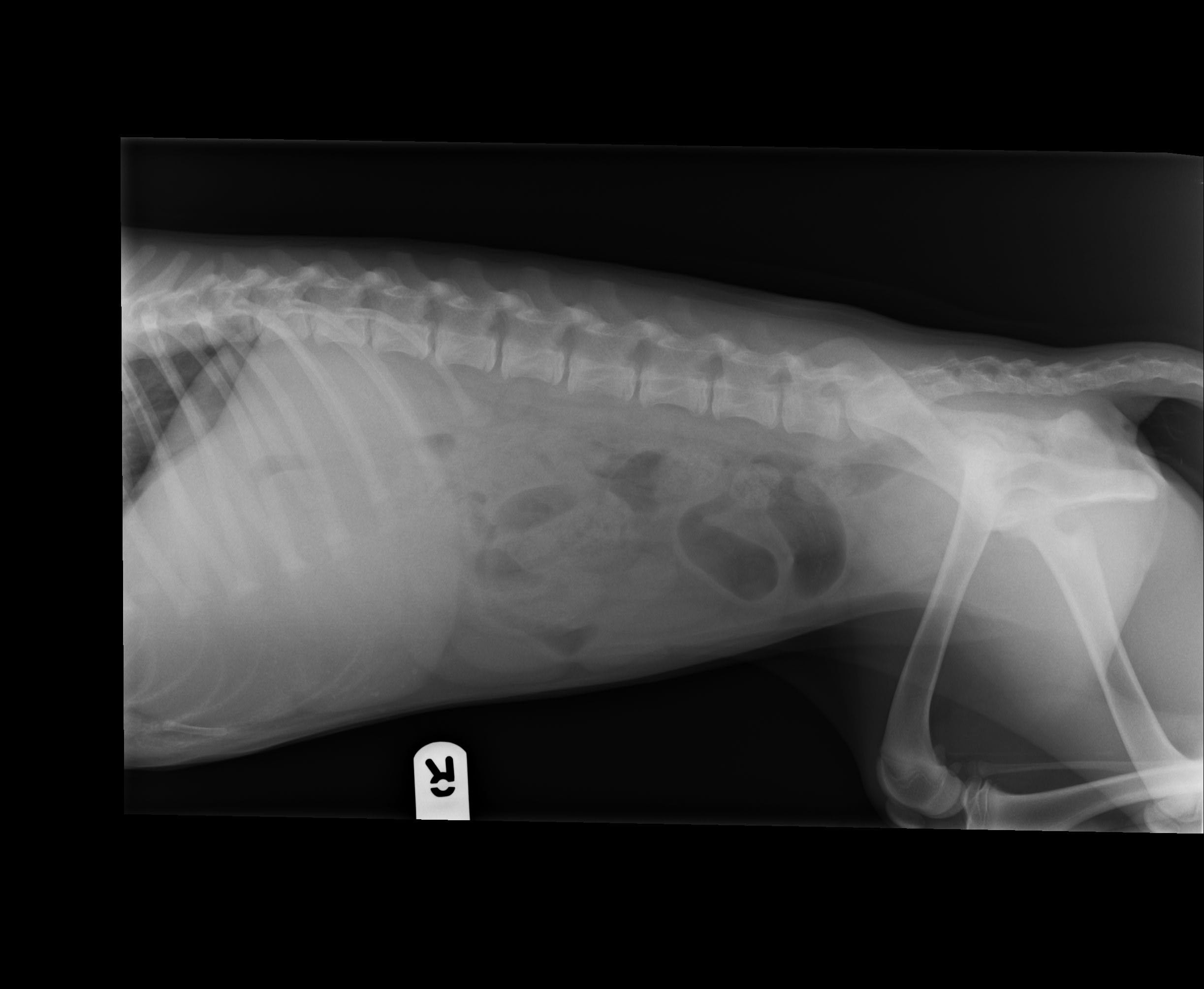 An X-ray confirmed what Fiona had suspected – that there was something blocking her intestine. She was given an enema to try and get her bowels moving.

Fiona said: “After a while, Ruby still hadn’t been to the toilet and the plan was for her to have surgery the next day if the object had not worked its way through.

“But just as she was leaving, I decided to perform a final check for the day and it had finally worked its way down and I managed to pull a very long sock out of her bottom!

“It was a great result for the end of the day and a very good outcome because we managed to avoid a huge operation without any complications.

“By the next day, Ruby was back to her normal self, she was a very happy dog again and Kate and I spoke about putting measures in place to ensure socks are locked away.

“But I think Ruby is just going to be one of those dogs you’ve got to watch!”

For Kate and her family, it is the first time they have had a puppy and mischievous Ruby is a much-loved part of the family.

For more information about The Firs go to www.kelsallvets.co.uk